Writings on scuba diving from The Scuba Doctor team 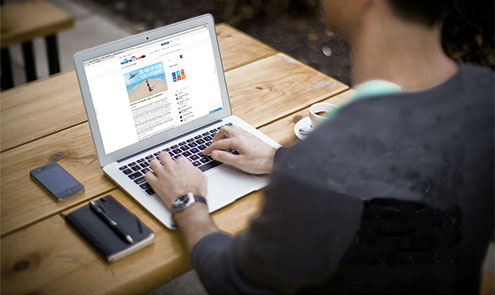 Below are the dive articles written by The Scuba Doctor starting with the most recent at the top. Please feel free to browse.

April 2021 How to Catch Sea Urchin

What would happen if you learned to love and appreciate our own 'backyard' diving? More about: Love Your Local Diving - It's Time You Started Exploring Local Dive Sites

November 2018 How to Catch Abalone

November 2017 How To Catch Crayfish

The Scuba Doctor gives some sage advice on catching Crayfish. More about: How To Catch Crayfish - Practical Rock Lobster hunting advice from The Scuba Doctor

November 2017 How To Cook Crayfish

February 2013 GPS Conversions — How they effect finding a dive site

July 2011 From Hermes To Saratoga

Lloyd Borrett explains how with the rapid increase in scuba equipment purchases made from online scuba stores, and with the expansion of the number of online dive stores available to the buyer, choosing an online store can be difficult. More about: Choosing a Reliable Online Scuba Store - Know what to look for

Lloyd Borrett relates some lessons to be learnt from a fatality while diving on the J2 Submarine. More about: Lessons To Be Learnt - Fatality While Diving the J2 Submarine

Peter Fear explains how Bikini Atoll is now the ultimate wreck diving location in the world. A beautiful tropical paradise, but don't eat the coconuts. More about: Bikini Atoll 2005 - It doesn't get any better than this

Peter Fear from The Scuba Doctor explains just what happens when you scuba tank has its annual visual inspection and hydrostatic test. More about: Cylinder Testing - It's time for the annual inspection...

Peter Fear explains how the channel deepening project has the potential to destroy Port Phillip's unique underwater environment and decimate the dive industry?. More about: Channel Deepening - Don't Bugger Up the Bay Bracks

April 2005 Tales From The Deep

Peter Fear of The Scuba Doctor was quoted in this article by The Age. More about: Tales From The Deep - Peter Fear is quoted in The Age on the channel deepening

December 2003 Trouble Brewing at the Bottom of the Bay

Peter Fear of The Scuba Doctor was quoted in this article by The Age about Plans to deepen parts of Port Phillip. More about: Trouble Brewing at the Bottom of the Bay - Peter Fear is quoted in The Age on channel deepening

More dive articles by Lloyd Borrett of The Scuba Doctor can be found online at http://www.borrett.id.au/interests/dive-articles.htm.