Come and See the Elusive and Deadly Blue-Ringed Octopus 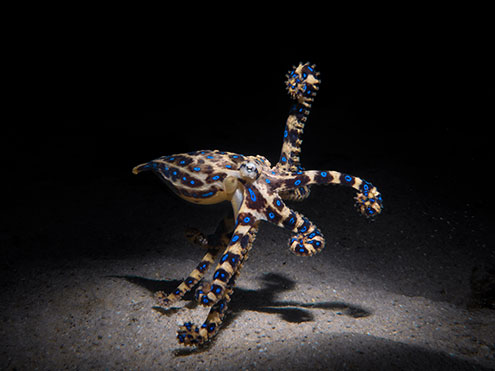 For those wishing to see the elusive and deadly Blue-Ringed Octopus in their natural habitat, this Scuba Doctor Guided Dive is for you. Considered one of the world's most venomous marine animals, they're rarely seen by most divers due to their timid nature. But your dive guides know where they hang out at Blairgowrie Pier on the Mornington Peninsula in Victoria, Australia. 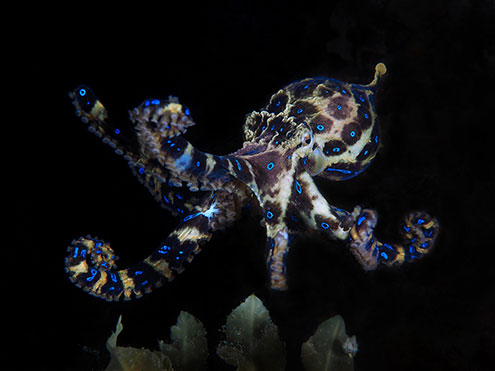 Tours begin with your friendly and highly experienced guide preparing you for the guided dive with information on the marine life you can expect to encounter at Blairgowrie Pier plus getting you kitted up with any hire gear (BCD, regulator, wetsuit, cylinder and/or weightbelt) you may need. 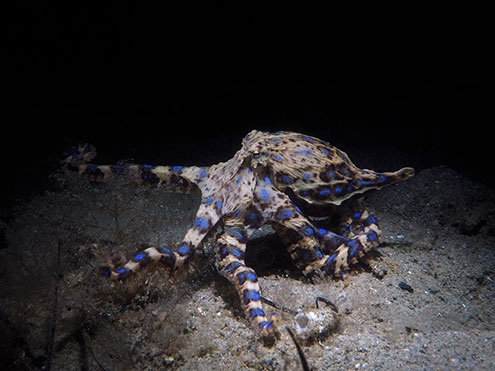 Then you'll travel to nearby Blairgowrie Pier which is an awesome place to see the Southern Blue-Ringed Octopus, Southern Keeled Octopus and Maori Octopus. The pylons and sea wall are covered in colourful Sponges, and home to Sea Stars and a large variety of Nudibranchs. You might also see Tasseled Frogfish, Seahorses, Shaws Cowfish, Spider Crabs, Cuttlefish, and Smooth Stingrays. At night under torchlight, you'll see numerous Squid and Octopus, and sometimes Stargazers and Skates. 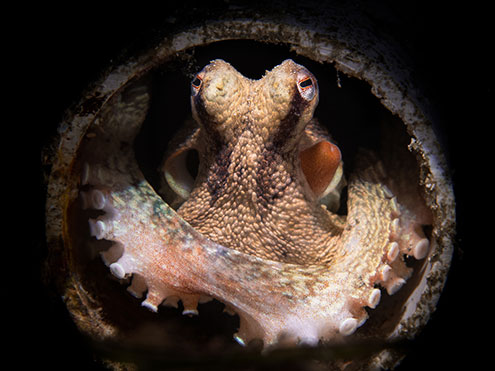 A Southern Keeled Octopus Keeps Vigil From The Front Of Its PVC Pipe Home, © Sam Glenn-Smith

The Scuba Doctor offers Morning 9 am, Afternoon 1 pm and Night 6 pm Guided Dives to see the Blue-Ringed Octopus at Blairgowrie Pier in the southern waters of Port Phillip! 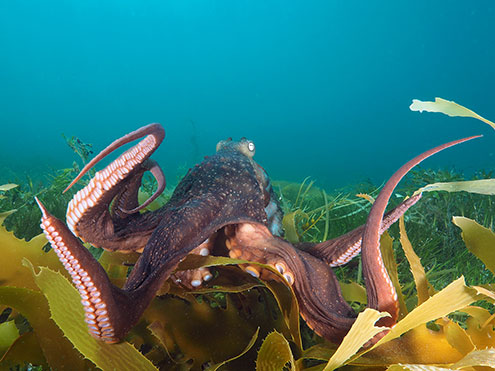 A Huge Maori Octopus Out In The Open, © Sam Glenn-Smith

Book your Discover Local Diving Experience now! It includes a Dive Professional supervised dive in an area (normally a local pier) on the Mornington Peninsula.

We will run with only one diver booking for just one guided dive, but we will accept up to four (4) people for a guided dive, and do up to three guided dives for the day. The third dive must be on the same day and at the same dive site as the second dive booking.